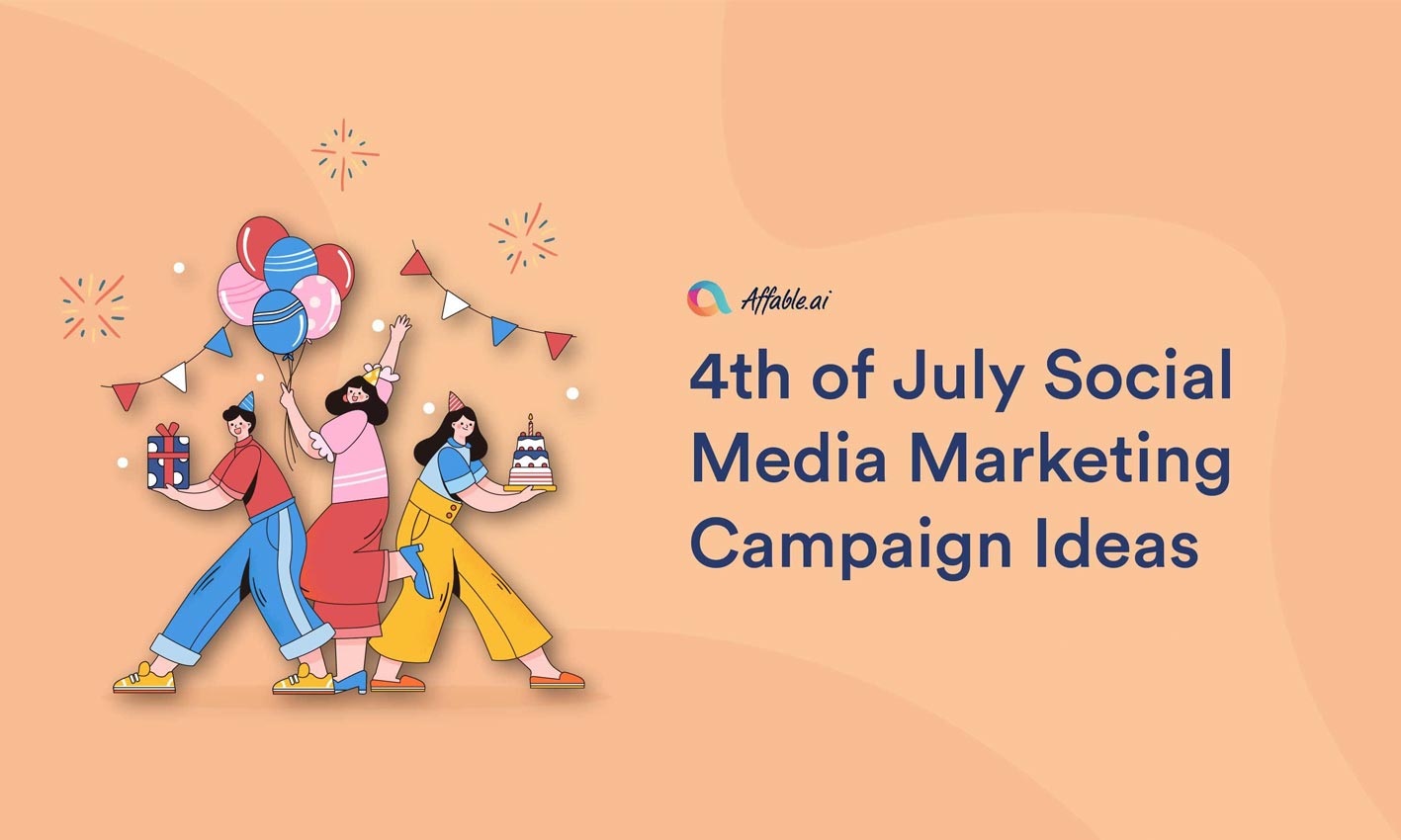 One of America’s most iconic national holidays, Independence Day, is just around the corner. According to recent reports by the National Retail Federation, 84% of Americans are intending to celebrate Independence Day. It is projected that Americans will spend a shocking total of $7.52 billion on Independence Day food this year. This amount is much higher than previous years and a 15% increase from $6.52 billion in 2020 last year.

As with all celebrations, Independence Day calls for decorations, good food and drinks. Evidently, there is a huge potential for brands in various industries to market their products during the lead up to the Fourth of July. If you’re looking to run a Fourth of July campaign that will appeal to the patriotism of Americans this holiday, you’ve come to the right place. Here are some things to consider when planning your kickass Fourth of July campaign this year!

Appeal to Americans' patriotism for the holiday with an exclusive Independence Day collection of products. Whether it is American Independence Day apparel or Independence Day themed food, anyone would be enticed to purchase themed items for this special occasion. One of the most popular ways to do so is by using the signature colours of the American flag, red, white, and blue.

For example, @oreo recently announced their limited edition Fourth of July themed cookies that features a red, white and blue cream filling. Its signature biscuit is also embossed with a unique design featuring the American flag and the Olympics logo. This is a great way to promote American pride especially with the upcoming Olympics games. Who could resist having these patriotic Oreo cookies with popping candy at their Independence Day celebration?

If creating an Independence Day collection specially for the holiday is not feasible, there are other ways to create a patriotic marketing campaign without doing so. One way to do so is by using your product to create Independence Day inspired food. Grain-free snacks brand, @wildwayoflife, featured a video recipe for making cute, red, white, and blue cupcakes using their product. This is a great way to show your customers how your product is relevant to them for this holiday. Think about your product and be creative with coming up with Fourth of July themed ideas!

Show How Your Product Is Relevant

With a Fourth of July campaign, the goal is to persuade your customers to purchase your products for their celebration. You want your brand to be at the forefront of their minds when they are planning and shopping for items to prepare for their gathering. That is why it is important to show how your product or service is relevant to the holiday.

Multinational American retail company, @walmart, did this by showcasing their range of Fourth of July themed products all set up. This not only informs customers about your product offerings but also helps them to visualise your products in use.

Give your customers different ideas on how they can use your product to spice up their Fourth of July game. @lights4fun.us showcased their patriotic flag bunting on their Instagram page and included different ideas on where it can be hung in the caption.

If your product is not as popularly bought for the occasion, it is even more important to show how they can be used for the celebration.

Another effective way to show your products relevance is by partnering with influencers. Not only do you tap on their reach, they will also be able to share with their followers how they are going to be using your product, enticing their followers to do the same.

Smirnoff Vodka partnered with several influencers such as popular American model, @chrissyteigen, for their Fourth of July campaign, encouraging American millennials to include Smirnoff into their Independence Day celebrations. In her post, Chrissy effectively shows how Smirnoff vodka can be used to make fun, refreshing and patriotic summer beverages.

@kiolbassasmokedmeats partnered with several food influencers like @dietandfries. Her post managed to garner a reach of approximately 5.49K, giving Kiolbassa exposure even after the Fourth of July.

Find the Right Influencers with Affable

Thinking about partnering with an influencer for your Independence Day social media campaign? Affable helps brands identify influencers based on their audience and niche with our influencer marketing platform for Instagram. If you’re interested in finding suitable influencers for your campaign and tracking your campaigns effectiveness, contact us for a free demo.