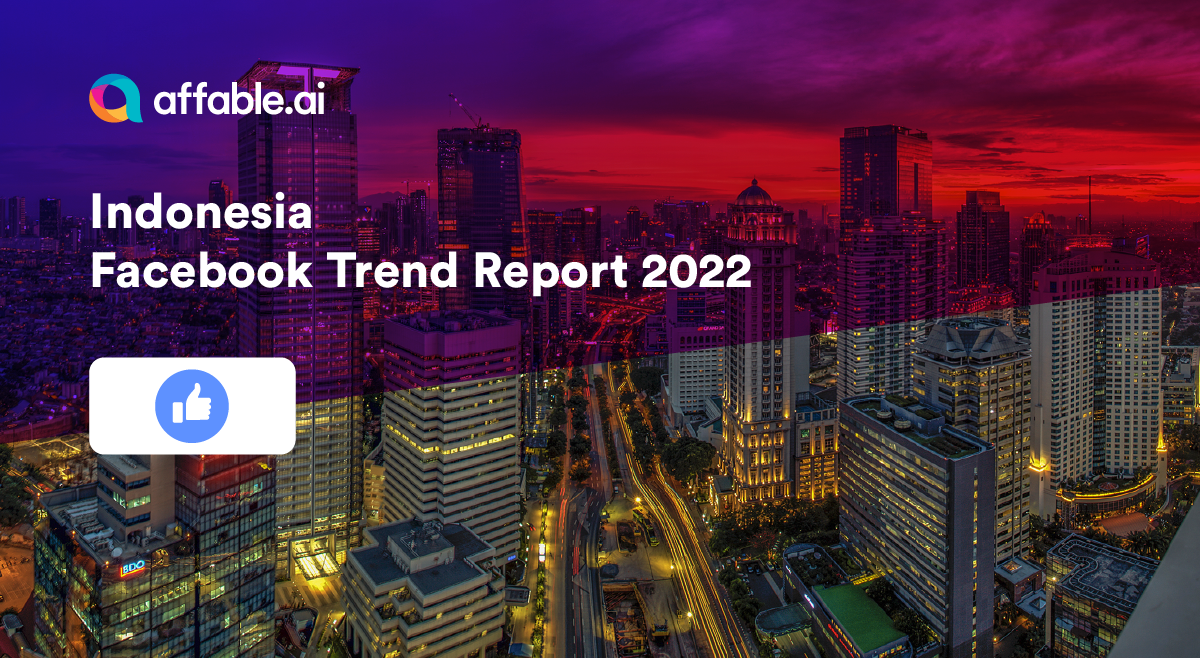 Given the widespread popularity of TikTok influencer marketing in Indonesia, the social media giant Facebook’s chances of attracting influencers and brand attention seem low in the country. When compared to 2021, influencer content on Facebook has plummeted by more than 80% in 2022, according to affable.ai statistics. The site still boasts a sizable number of macro influencers who may help to promote engagement and raise brand awareness.

This Indonesia Facebook trend report will walk you through the top-performing influencer categories in Indonesia, their engagement rates, and their target demographic.

The Facebook audience in Indonesia mainly comprises females, making up 53.38% of the user base. The rest, 46.73%, are male users.

Among them, 50.43% of the audience is aged >18-25 years. The platform comprises a significant proportion (40.28%) of users aged 26-39 years, implying that Indonesian brands can use Facebook to connect with a wide audience age group — people aged below 18 to 39 years.

Further, we see a downfall in the influencer count as the followers increase above 50k. According to affable.ai data, there are only 459 Indonesian celebrity influencers with 1 million + followers on Facebook.

The macro influencers (100k-250k followers) drive the maximum engagement despite being fewer. According to affable.ai’s data, 1780 influencers fall under the macro category, generating a high engagement rate of 7.16%. On the other hand, nano, micro, and mid-tier influencer categories with followers between 5k and 100k showed almost similar engagement across the platform in 2022.

Celebrity influencers with 1m+ followers drove the least engagement, accounting for only 0.24%, indicating that people do not enjoy celebrity content on Facebook.

Get A Free Trial today

Facebook influencer posts decreased drastically in 2022. In 2021, there were 1.4 million posts published by influencers, which reduced by 83.5%  in 2022. The data explains why Meta is making additional efforts to retain the audience on the platform instead of losing them to TikTok and YouTube.

‍Check out our Influencer Rankings to discover top-performing niche creators in Indonesia.