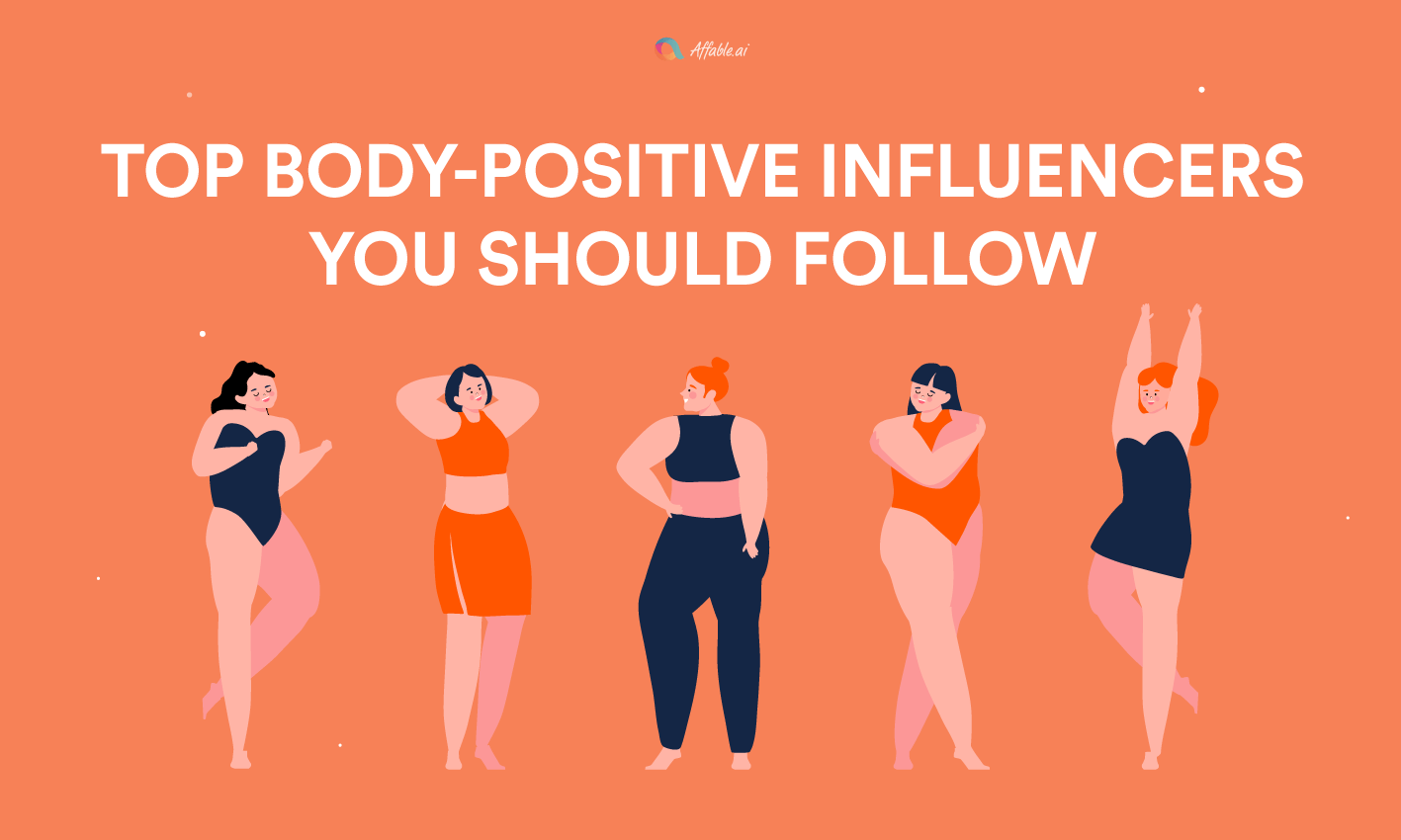 “All bodies are beautiful and should be celebrated” is the idea behind the body-positivity movement. Gone are the days when only skinny models were featured in campaigns and catalog covers. Nowadays, there are more and more inclusive campaigns that feature women of all shapes and sizes, creating a new beauty standard in the fashion industry that spreads the message of body positivity.

At the same time, influencers are also stepping up to make a positive influence by showing us why we should embrace our bodies and appreciate them the way they are. Read on to find out who are the top Instagram influencers championing self-love and body positivity!

Mary Jelkovsky (@maryscupofteaa) is an author, speaker and body-positive influencer. She used to be obsessed with her body and struggled with eating disorders. As she learned to accept and love her body more, she started working out as a way to embrace her body experience.

Besides publishing a book about self-love, Mary also produced many podcast episodes about her eating disorder recovery, dealing with weight gain, and letting go of obsession. She garnered an amazing engagement rate of more than 5% with over 200k+ followers.

Follow plus-size influencer Megan Jayne Crabbe (@bodyposipanda) for powerful messages and helpful advice about body positivity. After suffering from Anorexia, Megan turned her life around to become happier and more positive about her own body. Having a great personality, Megan’s account attracted + 1M followers coming from different countries such as the United States, United Kingdom, Brazil.

Anna OBrien (@glitterandlazers) is another plus-size influencer spreading positive messages about self-acceptance. She loves fashion and expresses her style in every post on Instagram. Besides the Instagram account, Anna managed to amass a following of +7M followers on her TikTok (@glitterandlazers).

Despite getting pregnant and weighing more than before, Diipa is not afraid to show off her body. As seen from her recent post: “Expecting or not: Body positivity isn’t achieved from tiredly trying to achieve a fabricated version of the 'perfect body’ displayed on social media. Instead, body positivity springs from embracing the one you already have.”

Danae (@danaemercer) is a body-positive influencer and journalist who has previously suffered from an eating disorder, and is now exposing common hacks that influencers and celebrities use to create the “perfect” image! She provides a consistent stream of ‘Instagram vs. Reality’ posts, showing that everything online can be fixed and enhanced, so people “do not need some weird dodgy weight loss product!”

By sharing helpful and relatable content, Danae received a lot of praise from her fans, thanking her for helping them get over self-doubts and struggles with their body image.

A post shared by Danae | Angles + Self Love (@danaemercer)

So it is wrong to edit our photos on social media?

‍Last January, social media influencer Naomi Neo (@naomineo_) gave birth to her second child. After her post-pregnancy image went viral on Instagram, she received lots of questions about how she got back in shape that fast, and whether or not she photoshopped it.

Responding to the question, Naomi showed on her Instagram story how the posing style can create a difference. And to everyone’s surprise, she also shared her “real” post-pregnancy tummy, together with several methods she has been using to flatten it.

This then raises a question: Is it wrong for influencers, who are followed by thousands of people, to deceive their followers by playing tricks or using editing tools to make their photos perfect?

To be fair, social media influencers are those who use their influence to make a living. That’s why it makes sense for them to alter their images, as it’s a part of their job. Besides, we should also keep in mind that social media, in the end, is a just form of entertainment, and whatever people share on it shouldn't be taken too seriously!

While not every influencer is a body-positive activist, they can choose to be more transparent about their edits instead of posting a Photoshopped picture and claiming it's untouched! Naomi sets a great example as she’s not afraid to expose her imperfect body, pointing out that there’s nothing wrong with altering the pictures cause it makes her feel more confident. Naomi’s fans have praised her for being brave and honest, clearing up the unnecessary controversy around the photo!

Body positive movement is one of the best things that happen on social media! It is all about promoting self-love and being confident in your body regardless of your shape and size.