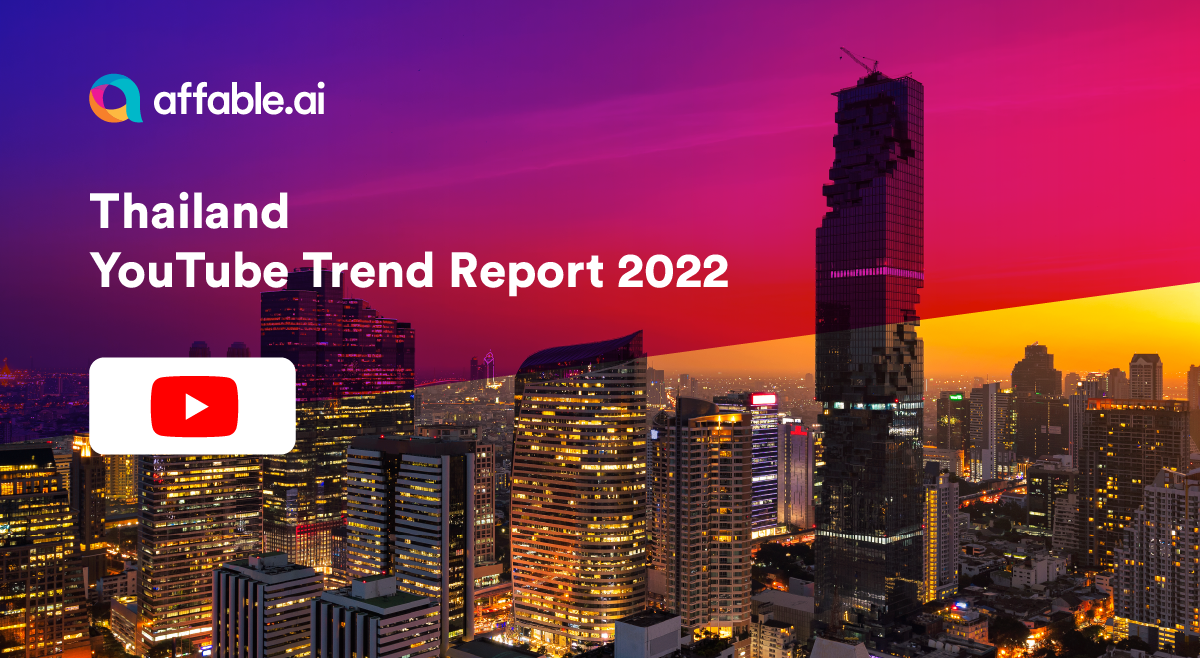 The high internet penetration and increasing popularity of YouTube Shorts in Thailand have driven the younger generations to spend a lot of time streaming content on the platform. Brands in the region have a real opportunity to target Gen Zers and Millennials with the micro-influencers’ help, as they are the majority on the platform.

The country has a  high percentage of the audience aged below 19 years on YouTube, comprising 17.32%, the highest of all APAC countries. The reason being: there’s a high internet penetration and availability of smartphones in Thailand households, which enables the younger generations to stream content on the platform.

Micro-influencers (10k-50k followers) are a prominent influencer category on YouTube, with over 15k on the platform, followed by at least 6532 nano-influencers (5k-10k followers). The data shows a dip in the number of influencers moving further up the follower count. In 2022, there were only 774 celebrity influencers on the channel, indicating that the vast younger audience on the platform is interested in micro influencers’ content and relies on them more than the mega creators.

Celebrity or mega influencers (1M+ followers) are generating the highest engagement rate on YouTube – 588435.65% (taking average views as the primary engagement metric. The percentage is higher due to content virality). Following them are macro and micro-influencers, clocking an engagement rate of 246741.56% and 100166.70%, respectively. The data suggests that even as micro-influencers have less engagement rate than other categories, brands partner with them because of their ability to connect with the audience and bring real conversions.

‍Read our global report to access interesting insights into the YouTube, TikTok, and Meta battle for viewership.

SpriteDer SPD is a YouTube video content creator on social media who posts tons of entertainment content to engage his 10 million followers. He also posts content related to the SPD board game, a famous board game in Thailand. SpriteDer often films his friends playing the game and solving its mysteries. He has a massive female audience aged <19-25 years. SpriteDer has an impressive estimated reach of over 7 million and a 2.33% engagement rate. Besides YouTube, he has an active profile on Instagram with over 4 million followers.

Illslick thelegendary is a Thailand-based musical artist and a YouTube influencer with more than 6 million subscribers who follow his content. He’s a hip-hop music artist with many viral videos on the platform. His content has more than 100 million views, gaining a total engagement rate of 1.85% per video. affable.ai’s analysis shows he has an estimated reach of 23.45 million. Most of his audience is above 21 years, out of which almost 70% are males.

OG-ANIC is a hip-hop musical artist in Thailand who has published many YouTube hits in the country. With more than 3 million followers, he is also a YouTube influencer in the music niche. He is mainly followed by male users, out of whom 30.45% are aged 19-25. OG-ANIC has an amazingly high engagement of 3.19% and an estimated reach of 16.16 million viewers. There has been a steady growth in his follower count for the past couple of years, indicating that he creates viral content and is an influential voice in the country. Besides YouTube, he is also active on Instagram and Facebook.

YOUNGOHM is a Bangkok-based musical artist on YouTube who has given some viral hits to his audience, including Doo White, Choey Moey, Thararat, etc. He has a vast following on his YouTube channel, of which 70% are females aged 19-25 years and 69.70% are males aged 25-32 years. His interesting target demographic is an opportunity for brands to reach a range of audiences. With around 4 million followers, he is able to reach an audience of 14.33 million people, clocking a 2.60% total engagement rate.

Liova is a YouTube kid influencer in Thailand who creates videos playing with his toys. YouTube, the number one channel for kid content, has made Liova famous with more than 1.98M subscribers. His videos have a total engagement rate of 2.93%, reaching more than 11 million viewers. His channel includes videos like getting ready for school, drawing and coloring how-tos, and more. He started posting content on his Instagram page in 2022, where he published videos of him playing guitar and other musical instruments.

‍Discover more influencers in your niche through our free Influencer Ranking Tool.