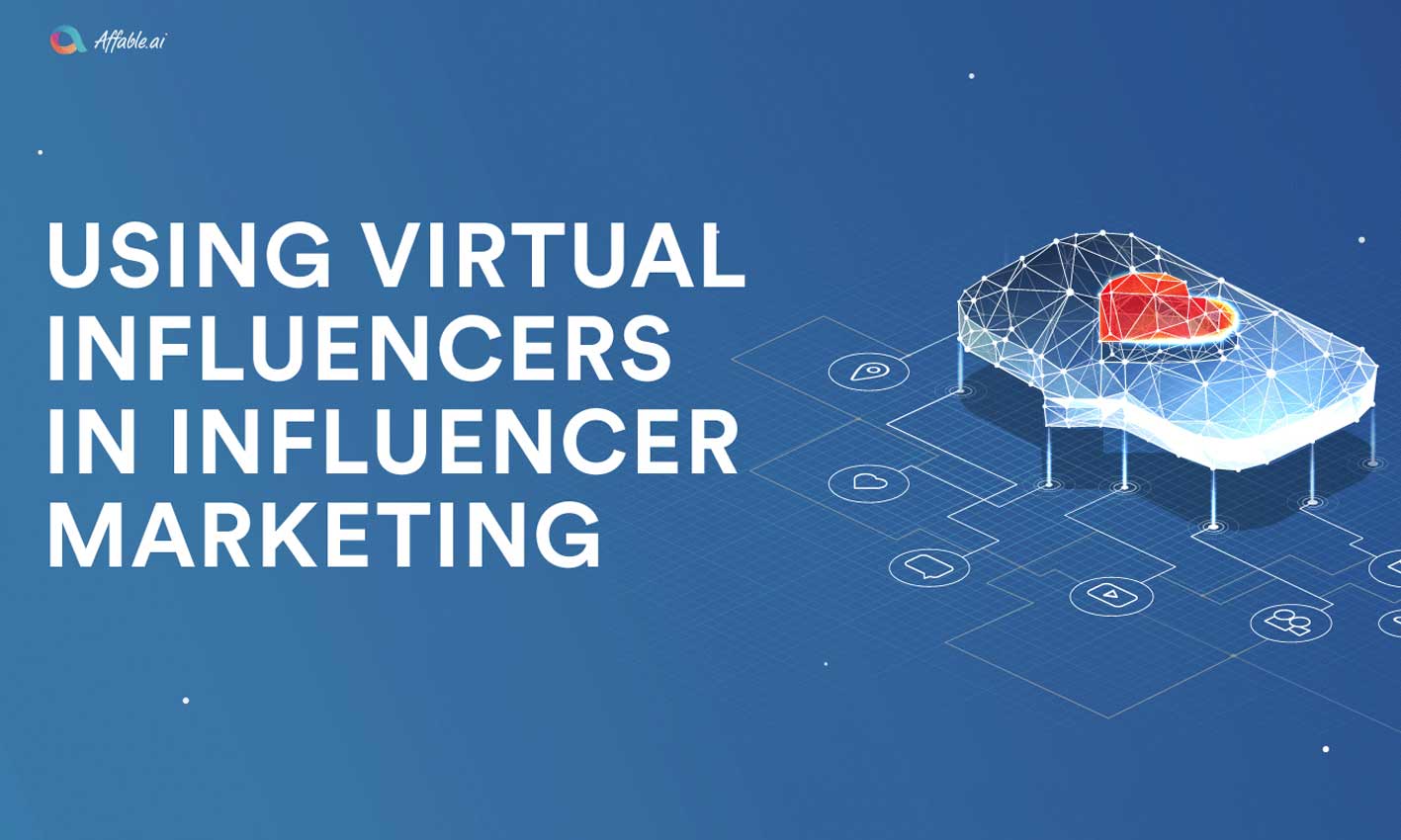 1. Awe and inspire audiences: Virtual influencers are highly effective as they help brands break out of the norm and connect with digital natives like Gen Zs. Despite being less authentic compared to a real-life influencer, brands that work with virtual influencers can often generate hype and conversations in their audience. In fact, research shows that virtual influencers’ engagement rate is almost 3x that of real influencers! In terms of purchase decisions, 55% of audiences on social media have made a purchase as a result of following a CGI influencer, while 53% have followed a brand and 52% have researched a brand.

2. Control over content: Brands that work with virtual influencers have complete control over what the influencer says and can tune the message to suit their brand image. There is also lesser risk compared to working with influencers that might post offensive or controversial content, leading to an influencer scandal. By eliminating the communication gap, brands can create relevant content that can appeal to their target audience and generate higher engagement rates.

So who are some of the top trending virtual influencers on Instagram?

First up, we have Lil Miquela (@lilmiquela) who has been active since 2016 and is one of the first virtual influencers to shoot to fame. Currently, she has over 3 million followers and continues to capture the attention of Gen Z audiences with her relatable posts. As a snazzy 19-year old, Lil Miquela regularly hangs out with other real-life celebrities and even wears clothes from real labels like Nike and Supreme. She also supports the #BlackLivesMatter movement and LGBTQ+ causes. To top it off, she even mentions she has a Tinder profile in one of her recent posts where she is seen holding a dish in front of the camera.

Looking at her Instagram feed, it also seems like Lil Miquela is no different from any passionate and fun teenager on the streets. By using social listening and paying attention to trends that concern Gen Z, her creators have made her into the trendiest and most authentic teenager possible. In fact, virtual influencers seem so real that 42% of millennials and Gen-Zers have followed an influencer on Instagram without realizing that he or she is computer-generated, according to social media consultancy firm Fullscreen.

Nearer to home, we have Rae (@here.is.rae) who is created in Singapore and has over 2k followers on Instagram and 150k followers on Weibo. Posing at various iconic tourist attractions like Chinatown and Haji Lane, Rae brings her audience to explore the sunny island of Singapore with her. One of her posts also features her with influencers from Night Owl Cinematics, @gracelsyy and @joannalhs, chilling at a playground. Without taking a closer look, it is almost impossible to tell who’s the virtual influencer in the picture below. Can you tell?

Influencer marketing agencies are not the only ones coming up with virtual influencers. Luxury skincare brand, SK-II has also jumped on the bandwagon, partnering with AI company Soul Machines to create its first virtual influencer, Yumi. For SK-II, Yumi is an “integral part of its ongoing transformation journey to engage with the younger consumers who are yearning for more meaningful experiences with the brands they know and trust.”

Another brand that has come up with its own virtual influencer is...KFC! Taking over KFC’s Instagram feed, the virtual Colonel Sanders has been seen going on airplane rides, riding a horse and even working out at a gym in pictures. Doing things out-of-the-ordinary has helped KFC achieve a breakthrough number of over 20k likes, with its viral hashtag -#secretrecipeforsuccess By seeing their favourite Colonel “come to life”, audiences were definitely intrigued and hooked onto KFC’s social media page!

Yet, creating a virtual influencer for your own brand requires a high level of commitment, similar to brand ambassador programs. Moving forward, brands that are looking to work with virtual influencers can take note of these important points:

1. Crafting the right message is key

An example is the scandal involving popular CGI influencer, Lil Miquela, who detailed her “experience” of sexual assault in a rideshare. According to her, “ "I just feel this guy's cold, meaty hand touch my leg as if he was confirming I'm real. His hand literally lingers there rubbing my skin,". But of course, this incident never happened in reality as she is a virtual character!

While it is important to create a virtual influencer that is authentic and relatable to the target audience’s experiences, brands also have to beware of possible backlash. In attempting to make Lil Miquela more relatable, the creators behind the character angered social media users instead. One wrote: “It’s a fabrication. A dangerous one. There are ways to make @lilmiquela relatable. This isn’t one of them.” Musician Kehlani also voiced her discomfort by calling Lil Miquela “ignorantly offensive” Hence, this scandal is a perfect example of the need for brands to be mindful of their message and steer away from sensitive topics.

nah. at first it was kinda interesting. maybe. but @lilmiquela you’re playing wit real stories... real trauma.. sexual assault is a scary real reality and at this point you’re ignorantly offensive. what type of sick shit is this. https://t.co/gS4LLVndZV

To determine whether your campaign can reach its intended target audience, Affable.ai’s extensive influencer analytics platform offers insights into an influencer’s follower demographics. An example shown below is the follower growth and audience age distribution of a popular virtual influencer on Instagram. The data is fascinating as we can see a sharp increase in interest for virtual influencers at the beginning of 2020. Not only so, we can also confirm that the virtual influencer will be able to capture Gen Z’s attention, with most of her audience between 19-25 years old.