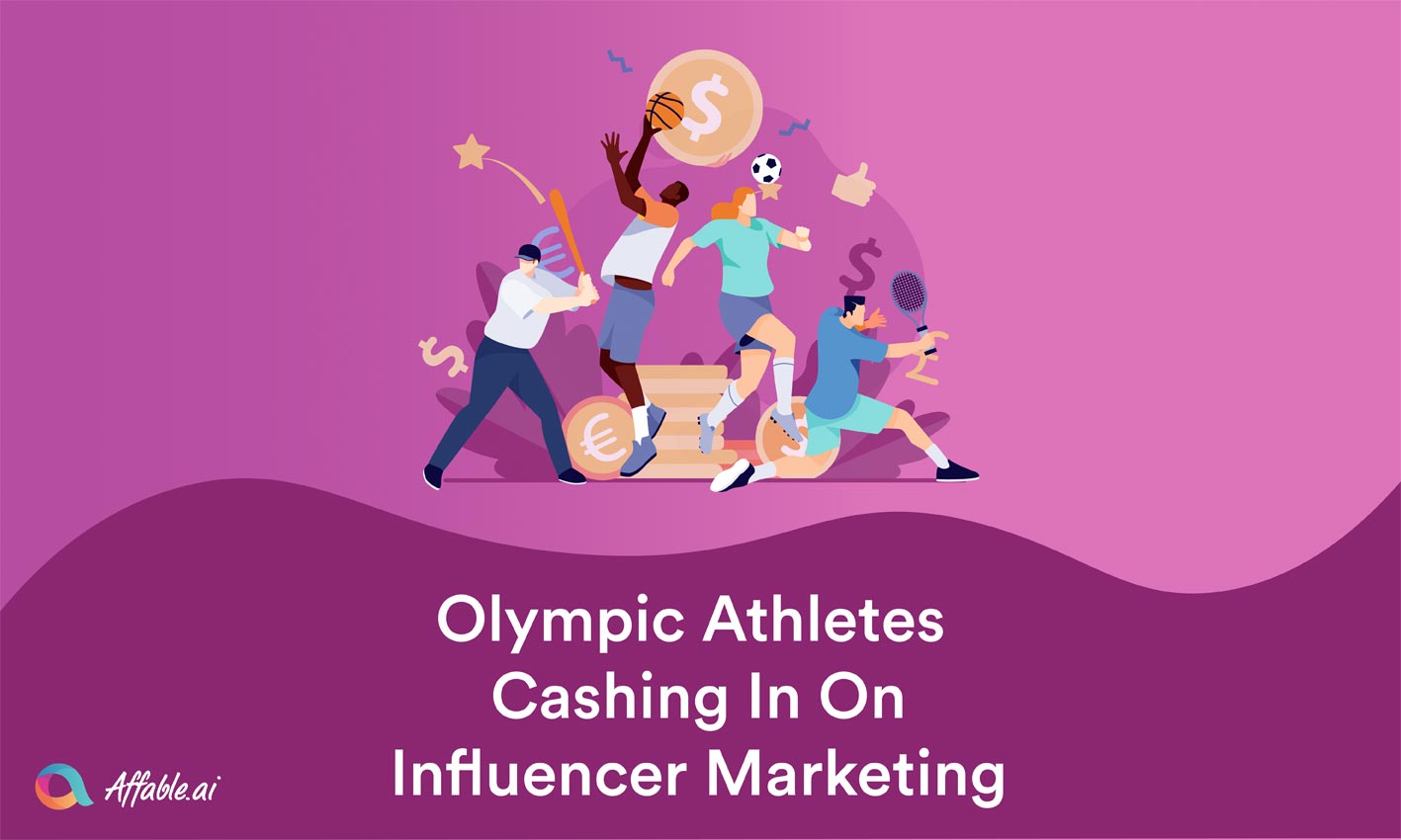 How Olympic Celebrities Are Cashing In On Influencer Marketing

Every four years, the world prepares for another summer of sporting victories. But as you know, the 2020 Tokyo Summer Olympics was postponed due to the COVID-19 pandemic. As the crisis spread around the world, ICO had no choice but to postpone the Tokyo Games until Summer 2021.

However, the 2020 Tokyo Summer Olympics will be held on July 23, 2021, with many restrictions, including a shortage of overseas fans and an adjustment of Rule 40 to allow additional brand promotions by athletes.

So how can brands break through these constraints and collaborate with influencers, especially athlete influencers, to create a successful campaign?

In this blog post, we will take a look at some examples of how athlete influencers leverage the global benefits and broad appeal of revenue generation through influencer marketing.

Although only 20, Simon Biles is widely known as one of the most talented American gymnasts of all time. At the 2016 Rio Olympics, she won five medals, four of which were gold medals. She has confirmed that she will compete in the upcoming 2020 Olympics.

Biles shows her life outside the gym, mostly on Instagram, and regularly posts pictures of his family and friends. It has more than 3.4 million Instagram followers and has partnered with Vitzvide, Coca-Cola, and Hershey.

Biles posted on Instagram to promote Coca-Cola, the official sponsor of the 2018 Winter Olympics. Boomerang video shows Biles and two other American Olympic athletes, Missy Franklin and Summer Sanders, sitting on a bobsled together.

By involving other athletes in the post, Biles positioned Coca-Cola as a brand that supports various Olympic athletes. She also tags other sports influencers' accounts on the caption to drive traffic to other players' Instagram accounts, which also includes posts sponsored by Coca-Cola. This strategy helps to effectively expand the brand's online reach.

For months and days until the PyeongChang Olympics, she celebrated the limited edition of the Kellogg cereal box, introduced certain cereal varieties, and posted several Instagram photos and videos. She also used integrated hashtags from #GetMeStarted and #TeamKelloggs, respectively.

The most outstanding performance of her content was the video. In the video, Clark expresses Kellogg's true pride and also links Olympic tradition with grandeur. In doing so, she emphasized Kellogg’s as part of the Olympics and implicitly encouraged spectators to purchase limited-edition Kellogg’s cereal boxes as part of their Olympic experience.

Lindsey Vonn(@lindseyvonn), the first American Olympic gold medalist for downhill skiing, has won several World Cup Champions and built a reputation for her remarkable resilience in overcoming injuries since her historic victory at the 2010 Vancouver Olympics.

Vonn maintains 1.3 million Instagram followers. Her account looks into her hard training schedule and highlights exciting moments in her life other than skiing.

Ahead of the 2018 Winter Olympics, Vonn collaborated with Bounty to promote the brand's paper towels. To promote video ads, Vonn has published a series of sponsored Instagram posts featuring short clips of the original ads.

Tennis legend Serena Williams(@serenawilliams) is one of the most successful American tennis players of all time. The 2017 Australian Open was a historic match against her sister Venus, securing her 23rd Grand Slam title and holding four Olympic medals.

Her Instagram contains a variety of tennis snapshots, moments right after the game, and recent photos of her newborn daughter Olympia Ohanian. Naturally, her global stardom has led to more than 7.6 million Instagram followers and collaboration with Nike, Vitibet, and Booking.com.

The famous brand that Williams has partnered with is Tempur-Pedic. Sponsored posts above include professionally filmed video clips of Williams' tennis match and a variety of sleep benefits. The video also highlights that Williams is a 10-year Tempur-Pedic customer.

Along with this video, Williams provides appropriate captions to call attention to her rise in need of good sleep as a new mother. In doing so, she introduces painful points that many parents can sympathize with and presents a Tempur-Pedic mattress as a solution. As a professional athlete who values rest and recovery, Williams is well placed to promote the mattress brand.

Michael Phelps is a global swimming icon and maintains a family-oriented Instagram account with 33.3 million followers. His extensive influence so far has led to profitable partnerships with brands such as Blue Apron, Colgate, and Little Tikes.

Phelps recently collaborated with the chocolate brand Rees for a unique marketing campaign incorporated by the #teamreeses hashtag.

Reeses also collaborated with Katie Ledecky, another Olympic Swimmer Gold Medalist. She posted several photos with Reese’s chocolate mentioning the Tokyo Olympics and asking her followers which chocolate they prefer which increases engagement with her followers.

As you can see from the above examples, athletes can be a great fit for your influencer marketing, especially during Olympic seasons! If you would like to find out more athlete influencers to build a successful influencer marketing campaign, contact us today or request a free demo on our website!